Architecture, although we often don’t realize it, always played a central role in our culture and life: in our homes, places of worship, offices, and shops. The 21st century has brought much social-economic transformation to Africa, and it has been coined as the century of the cities. The African continent will most probably experience immense population growth – the United Nations estimates that Africa’s population may more than triple in the century. Most of this growth will take place in cities – and in architecture.

Therefore, both specialists and public need to openly discuss the urban and architectural issues connected with these growing cities. But there is no platform in the form of a magazine for such a discussion. ANZA is edited in Dar es Salaam, Africa’s fastest growing city. It is to be a vehicle for open criticism and a constructive exchange of opinions; a platform to launch innovation solutions; a place for the discussion of typical local phenomena, and as a source of information for decision makers.

To kick-start the magazine, a four-week workshop was setup by Camenzind Magazine, Zurich to train a group of young ambitious and vibrant university students and recent graduates to form a future editorial team for a magazine that will fill the void of an East-African architectural magazine. The workshop included training in text writing and editing, photography, art and production, and finally marketing and strategy to ensure the long-term existence of the magazine.
After a fun and loud discussion bouncing ideas back and forth, we finally came up with the magazine title: ANZA, a Swahili word meaning, “start.” We found this name suitable as it demarks both the beginning journey of this East-African architectural magazine and the long journey of our hopeful East-African cities and their peoples. Aside from this name being subtly powerful, we all agreed that it was also typographically beautiful. One may ask: “can a diverse multidisciplinary student-published magazine, dealing with issues concerning people and spaces, issued bi-annually, compete with newer, more interactive, and above all faster formats like blogs and online forums?” Answer: one can never know unless they ANZA!

We are an architectural magazine dedicated to exploring people and spaces through in-depth articles, images, scenes and discussions that go beyond
the lines that divide building and sky. In our exploration, we hope to better understand our transforming East-African cities – and their identities – by looking at the past, present, and future with fun, seriousness and humor. In this little way, we hope to shape the planning, engineering, and architecture of our cities; and add richness to our living spaces. Asante na Karibuni

According to the UN, the African continent is due to experience an immense population growth during the 21st century with its population more than tripling from one Billion to 3.6 Billion. Most of this population growth will take place in cities. Among the world’s 20 fastest growing urban areas, nine are located in Africa, with Dar es Salaam, Tanzania’s biggest city, in the top ranks. An annual 130.000 people will move to Dar es Salaam each year.
With the vision of creating a platform for discourse on the transforming cities of East Africa, Camenzind (an Association based in Zurich) launched a workshop: “East Africa’s first architectural magazine: Camenzind goes East Africa,” that would produce an architectural magazine following the development of the region’s metropolis’. The aim of the workshop was both to produce the first issue of such a magazine, as well as establish a team that would sustain a biannual publication.
The workshop participants were a team of university students and recent graduates with interdisciplinary backgrounds in architecture, planning, and engineering; coordinated by experts from Tanzania and Switzerland.
Being that Dar es Salaam is in the top ranks in terms of growth, it was chosen as the suitable city to pilot the magazine – launching discussion on development in the region. The workshop was conducted in “Ebrahim 1937,” a historically elegant building, built in 1937 (as the name suggests) and the pavilion at the Goethe Institute in Upanga (many thanks!).

For more information about the origins of ANZA magazine, please follow this link 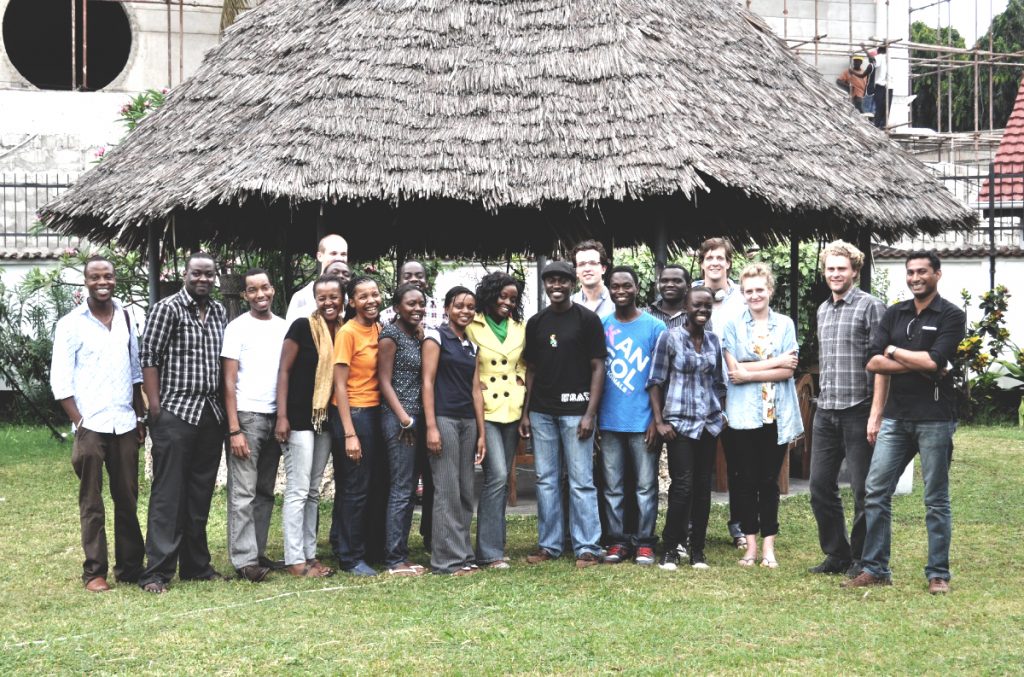 The workshop was conducted with a group of 16 students from Dar es Salaam, who formed the core of the editorial team of ANZA. To prepare the future editors as good as possible for what is to come, every aspect of how a Magazine is conceptualised, produced and marketed was covered in the workshop. The students worked in four groups – Text, Photo, Layout and Production/Marketing – to efficiently achieve results in the four weeks of the workshop. The four groups worked and interacted closely and often mixed. 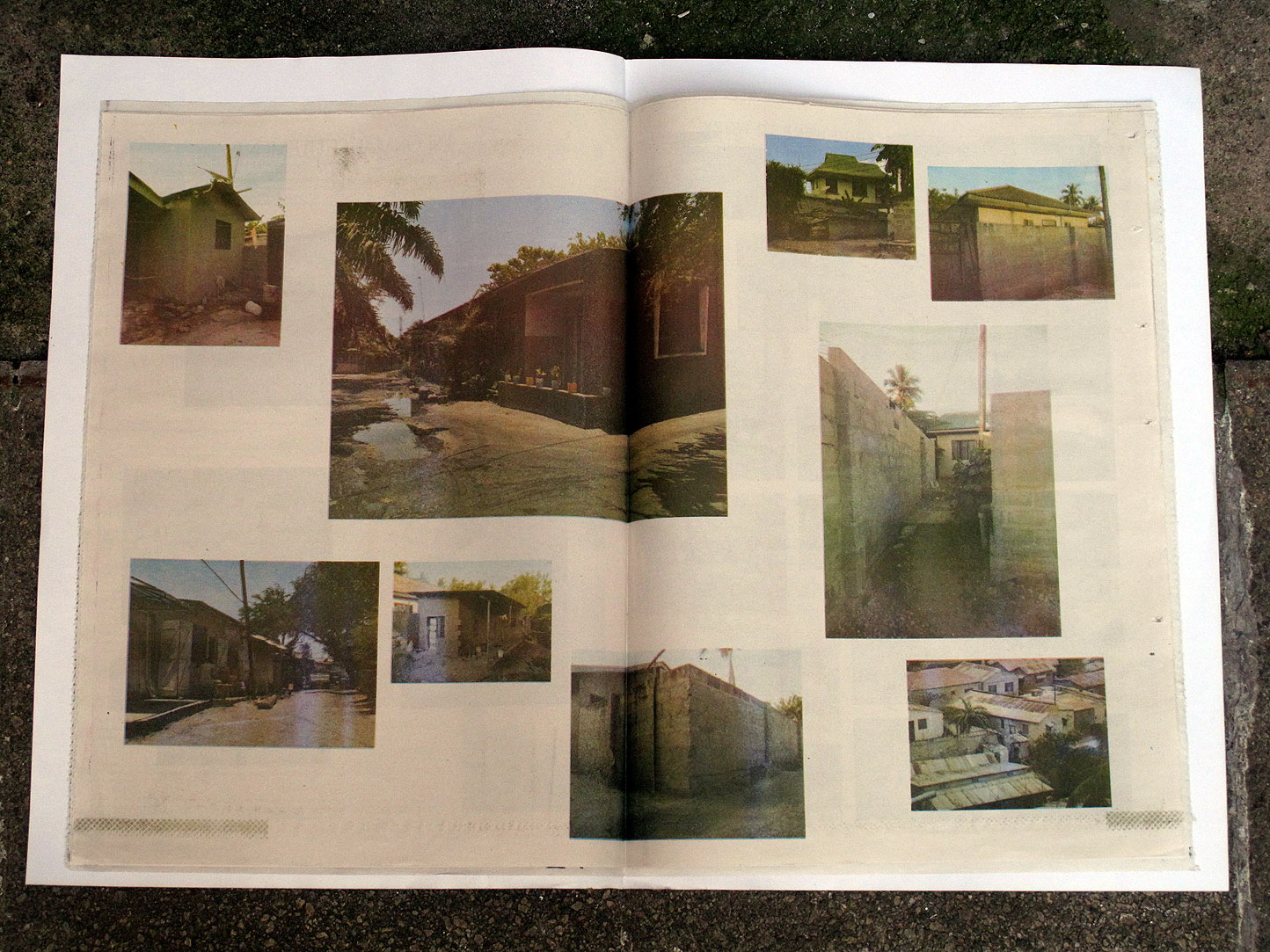 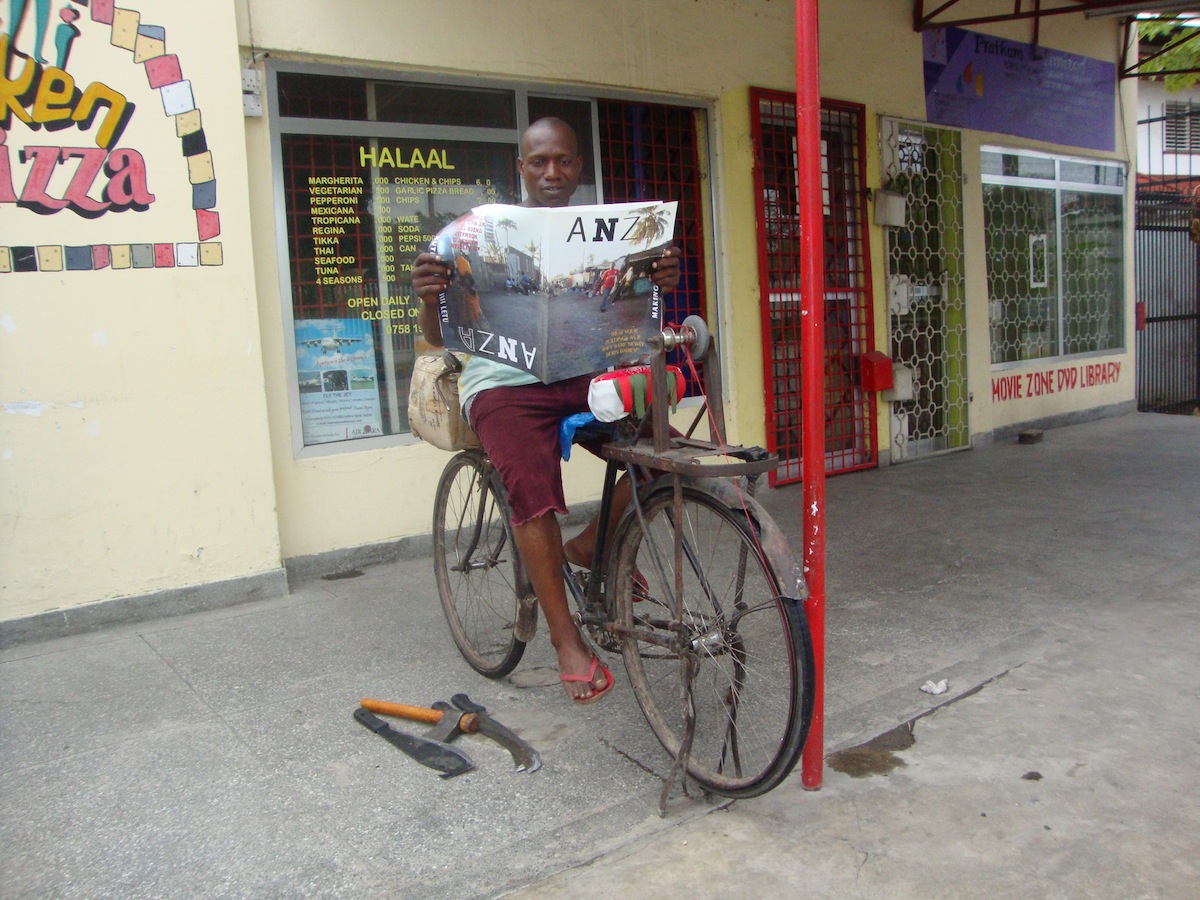 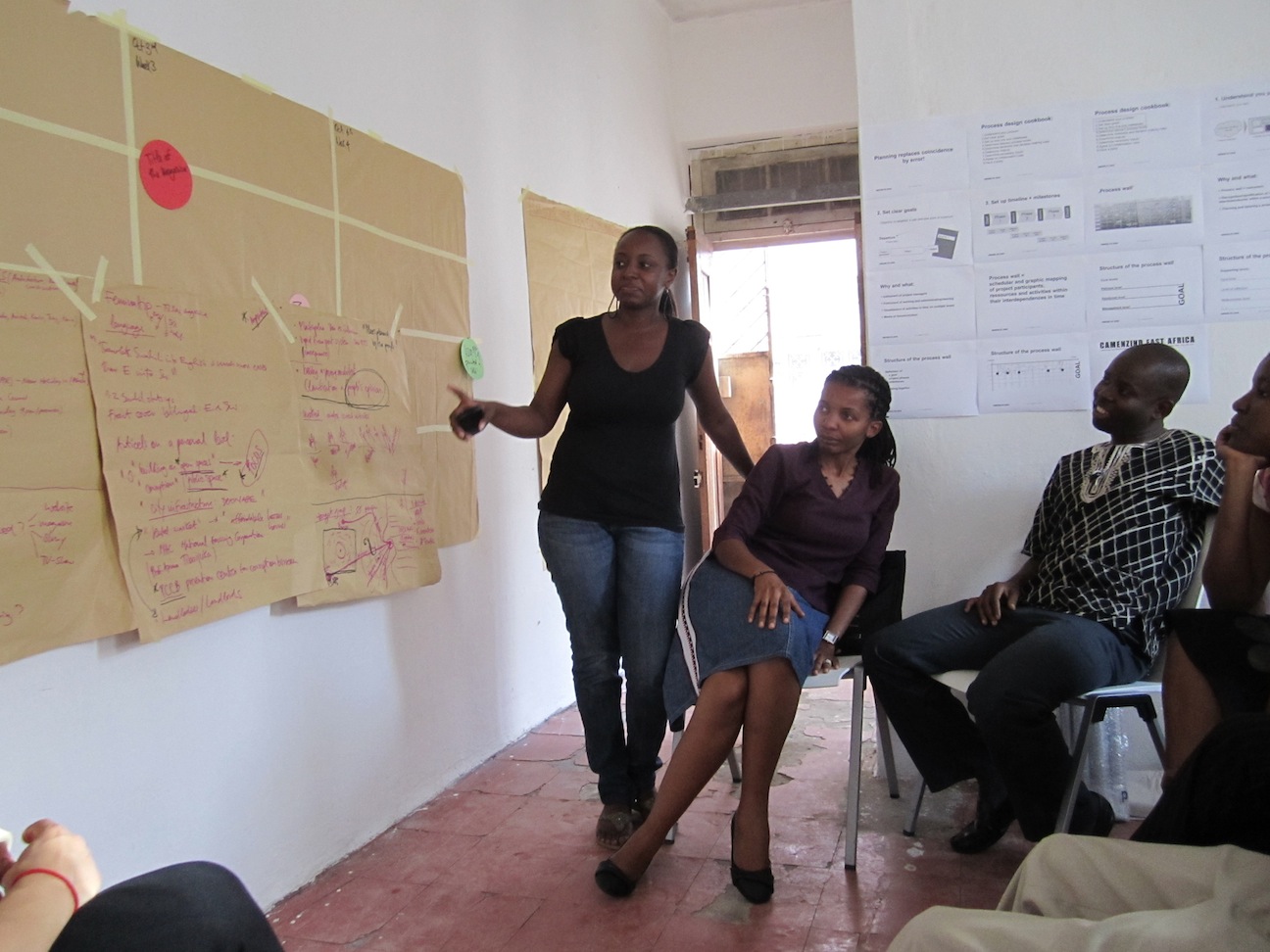 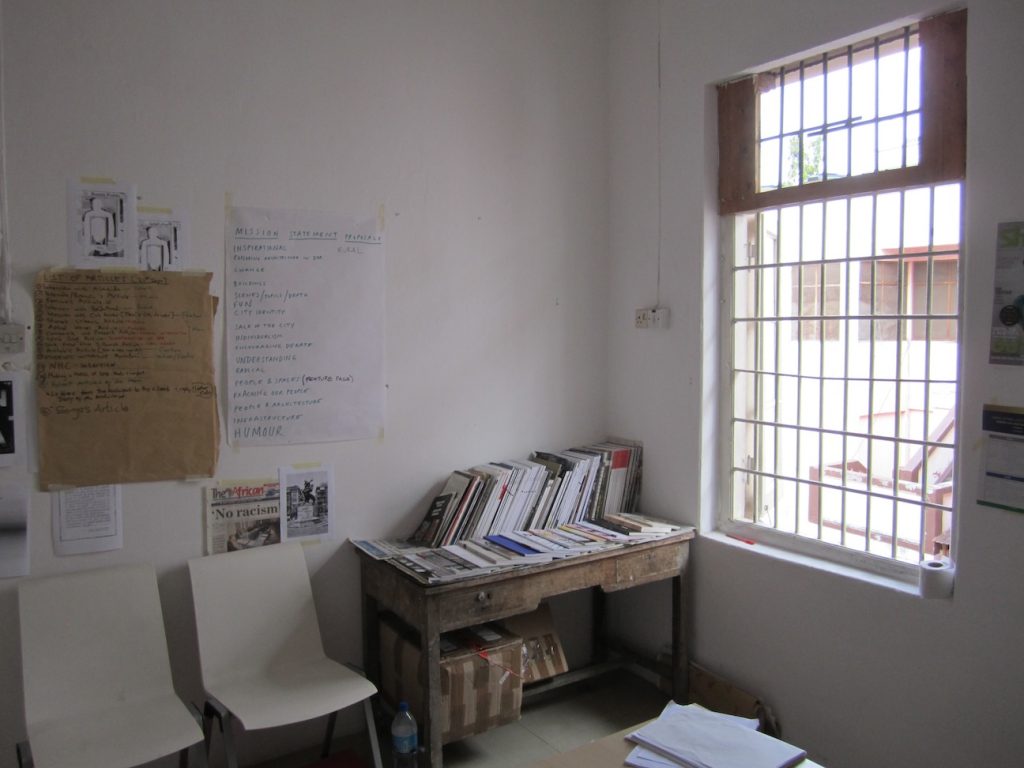 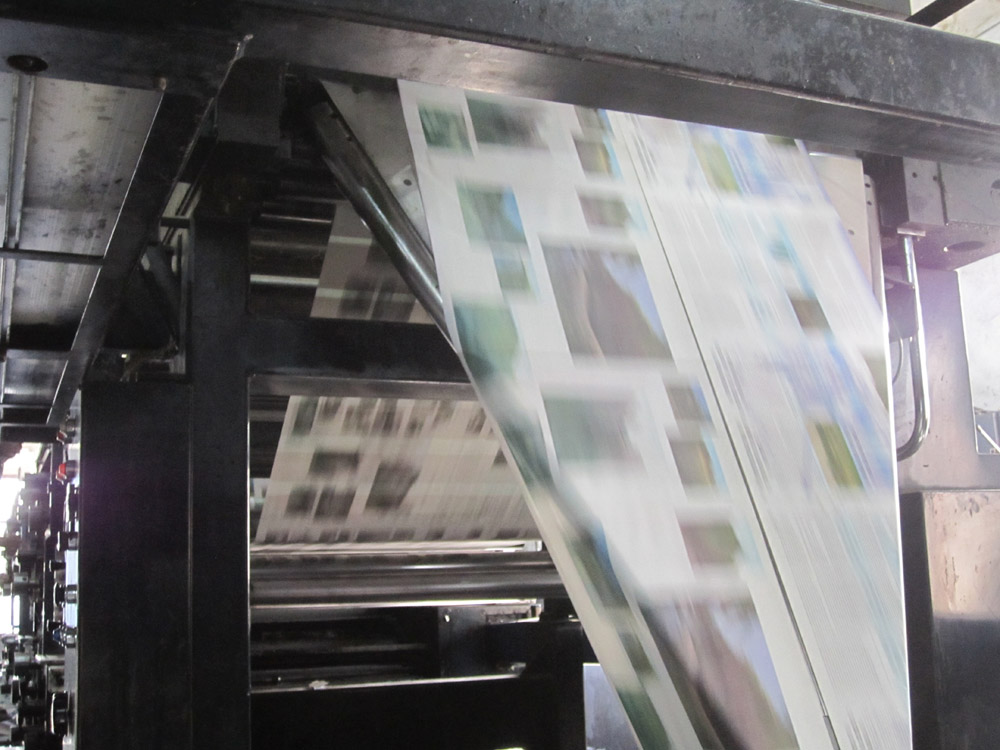 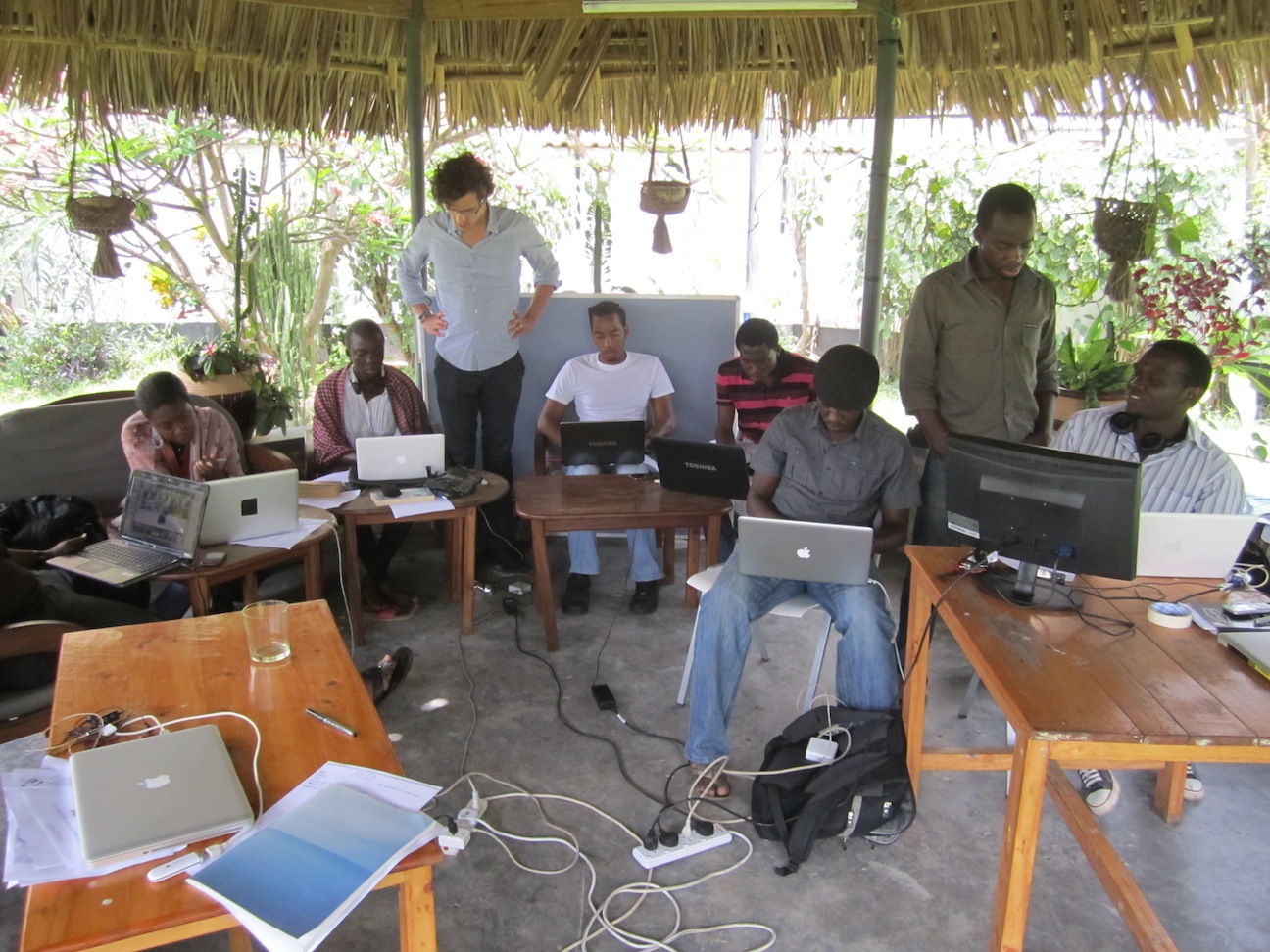 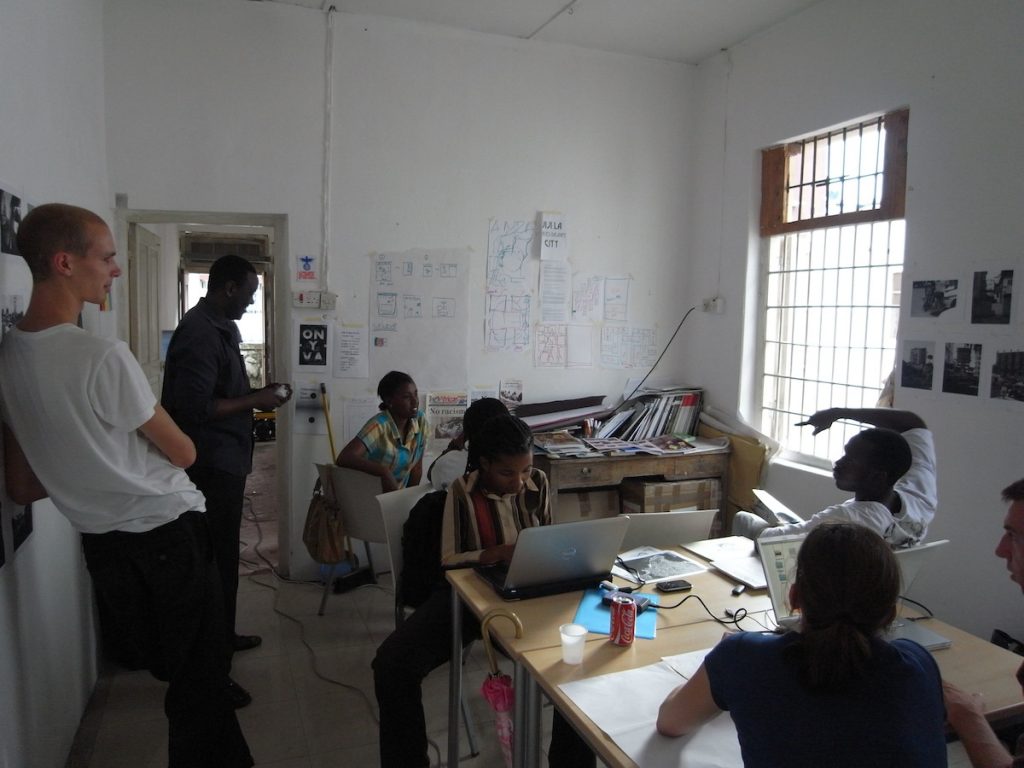 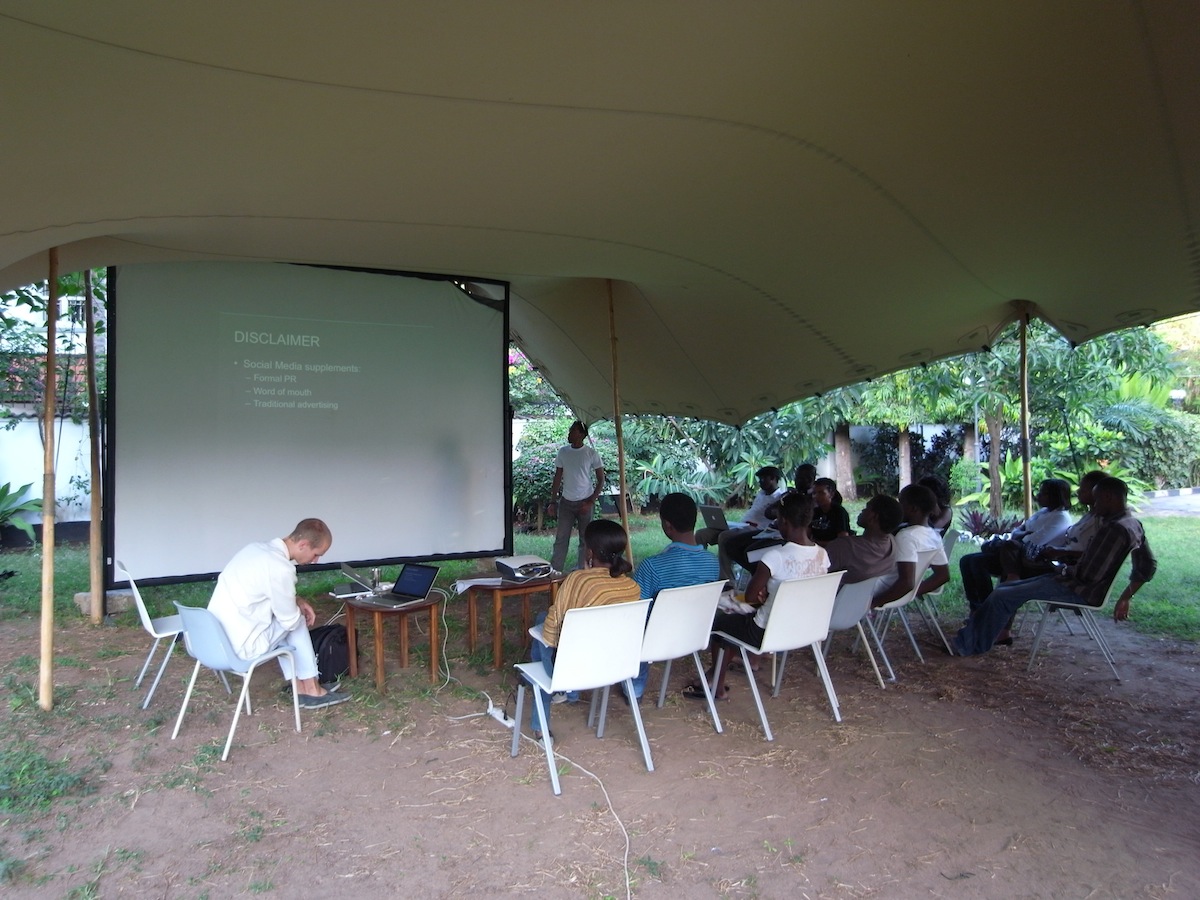